*It was so so hot in NY today (40 degrees?) that the only thing I could do was shopping&eating (first time I love so much the air conditionned!)! 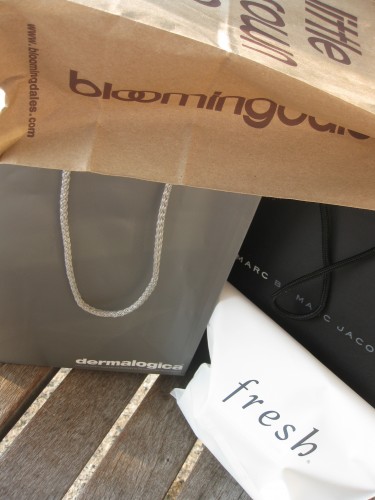 So I took the F train from Brooklyn to Soho this morning and 10 minutes later (crazy!) I was on Broadway : shopping paradise? I won't say so...

First I had a very good breakfast at Hampton Chutney&co. I really recommend you this cheap indian organic restaurant (I had a lunch there last january, the vegetable biryani was perfect)! After two cookies just out of the oven (peanut butter and white chocolate/macadamia) and the cardamon coffee (that reminded me so much my travel to India) I was ready to go shopping! First stop : Topshop. Stayed there five minutes to look for a bag and gave up! From my opiniun everything there is too expensive for synthetic/bad quality...

Then I walk to Bloogmindale and fall in love with those so cute gloves from UGG : 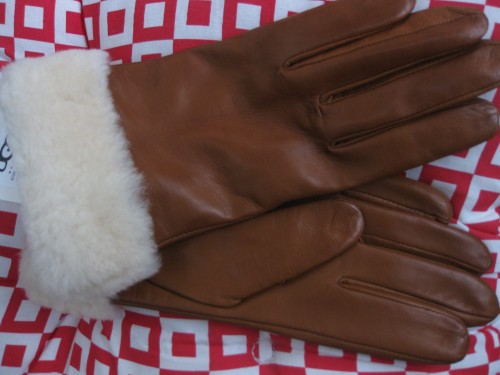 ﻿(in real the gloves are camel, with cachemire inside, and the fur is not that white, looking foward wearing them with my Ugg boots!)

After that I had some beauty shopping at Dermalogica Soho (I will set up very soon a game to win some of my favorite Dermalogica products, stay tuned girls!) and tried to find this cachemire dress and a scarf at Uniqlo. So disapointed I was when I was told they haven't received them yet!

So I walked and had a stop at Anthropologie, West Broadway. There I tried a few dresses (on sale) on but all of them were too big for me. (tonight I am trying to find the cute silk light pink on Ebay in size 8 since it is sold out everywhere...). 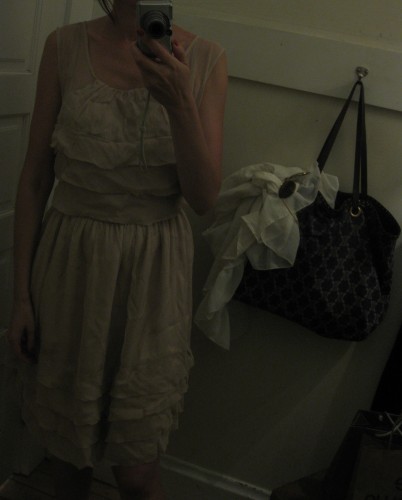 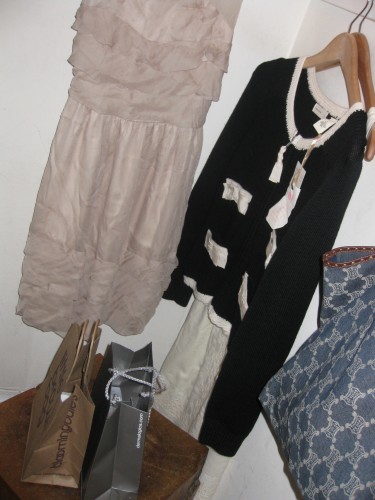 So hungry I was after that I decided to stop for a very late lunch at Kittichai (I stayed at the 60 Thompson Hotel in 2007>my first trip here, the Thai restaurant is the best ever tried!) but it wasn't possible to eat except tapas so I remembered this very good&cheap organic restaurant (Quantum Leap) I also tried in september 2007. I really enjoyed the veggie burritos! 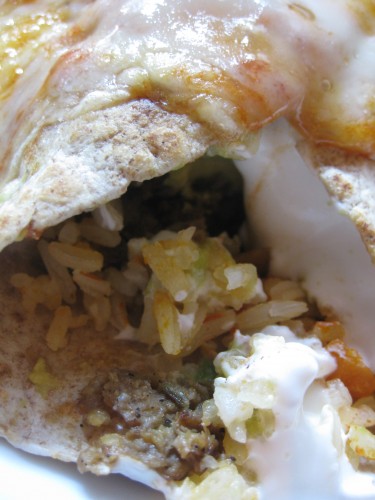 Impossible to be in Greenwich Village without stopping :

I finally walked a few minutes in Meatpacking directly to the Hudson River Park through the beautifull Palazzo Chupi. Amazing to admire the sunset from there! 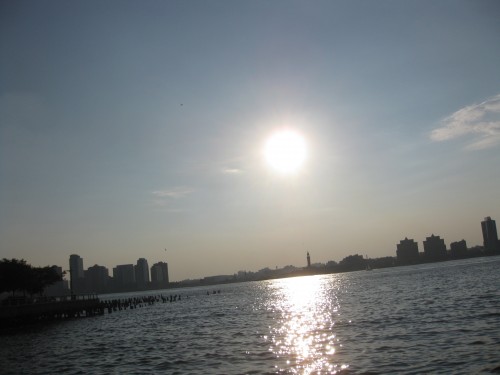